Written By ~ John and Fran Greig

Arriving at Whistleduck Creek, we were delighted to find we were the only visitors, so we had the pick of the campsites. The day use area located beside Irrmweng Rockhole was an extremely pretty spot, with seriously gnarled, old river gums standing guard over the water. 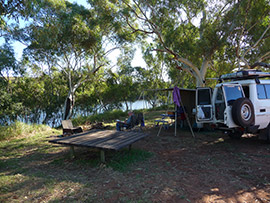 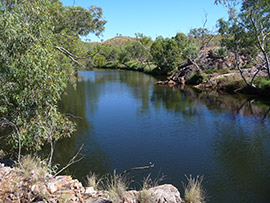 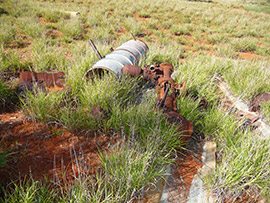 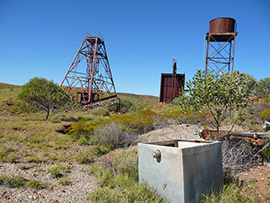 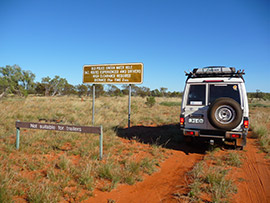 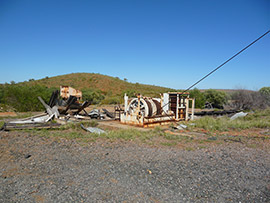 A trip with the Toyota Land Cruiser Club of Australia, Sydney.

The red, sandy road to Davenport Ranges south of Tennant Creek was still very damp with large pools of water decorating its edges. But 69 k’s later we made a right turn to access the Park. It’s then just 24 kilometres to the camping area at Whistleduck Creek. Signs advised us to “Collect Firewood Here”, so we did exactly that.

Wandering quietly along the banks of the exceedingly large rockhole, we sat for a while and watched large numbers of ducks busily feeding in the shallows, whilst a raucous flock of galahs practiced their formation aerobatics above us. A pair of Little Cormorants also entertained us as they searched for fish in the wind ruffled waters. Sunset bathed the whole area in a glorious golden yellow glow that reflected its quiet beauty.

Next morning after an early stroll that surprised some rather large grey euros, we packed up and headed for the second camping area known as Old Police Station Waterhole, 116 kilometres away.

As the name implies there actually was a Police Station at Old Police Station Waterhole. Built in 1920, it was established for the primary purpose of investigating complaints of stock rustling.

And what a glorious location it proved to be. It’s an enormous semi-permanent waterhole with a multitude of old, gnarled river gums providing deep, cooling shade to the flat, grassy camp sites nestled along its banks.

An information board informed us that a walking track led to the ruins of a homestead and the old police station over the other side of the waterhole. So after lunch we set off to have a look. We soon found the track, but after following it for perhaps half a kilometre it turned to cross the waterhole. In relatively normal seasons the waterhole would probably be dry at that point, but now, with the huge volumes of rain, we couldn’t even see where the waterhole ended, so we decided to spend a lazy afternoon just enjoying the peace and tranquility.

Leaving Old Police Station Waterhole next morning, we had the option of two tracks. We could go back the way we had come and continue to travel the main track, or alternatively, we could take the 17 km Frew River 4WD Loop Track which would have returned us to the main track, but meant we would miss about 40 k’s of it. As we knew we would be back one day when it was a bit drier, we continued following the main track. That decision proved to be a good one, as we would otherwise have missed seeing the ruins of the long abandoned Hatches Creek wolfram (tungsten) mining area.

It’s always interesting to wander around old mining areas just to see the unbelievable amounts of abandoned machinery and bits and pieces left behind. Engines, pumps, drums, pipes and other objects were scattered all over the site together with the ruins of what was obviously fairly basic accommodation.

Moving on we were surprised to see a reasonably large mining headframe suddenly appear. The whole area was fenced, but the gate was open so we cautiously ventured inside for a look. This was the ruins of the Pioneer Wolfram Mine. Again, there was an amazing amount of equipment just lying around on the site, and the shaft entrance was clearly visible. Tanks, buckets, mine skips, personnel lift cages and other paraphernalia were in abundance. Large lumps of what we assumed was the wolfram ore were also scattered about the site.

Venturing further along the main track we soon arrived at an intersection with signs pointing left to Ammaroo. The Stuart Highway was 73 k’s away to the right.. The track we had just travelled forms part of the Binns Track, which was established a few years ago by the NT Government as an outback “explorer’s way”.

We thoroughly enjoyed our visit to Davenport Ranges National Park, and are really looking forward to a return visit in the dry in the not too distant future.