The real fun began as we started on the power line track connecting Webb’s Ridge Trail and Two Sticks Road. A number of sections of this track were challenging, with deep ruts, steep climbs and rocky terrain. 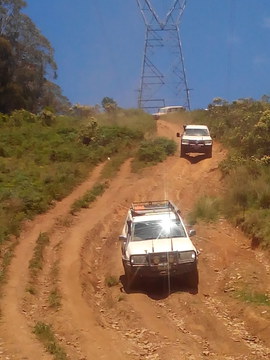 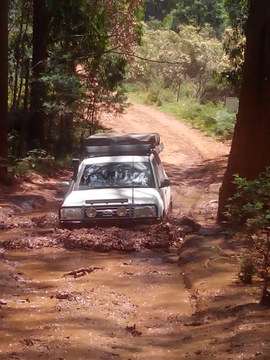 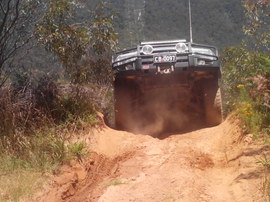 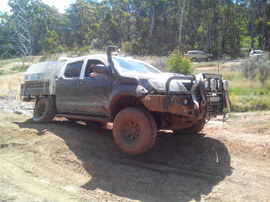 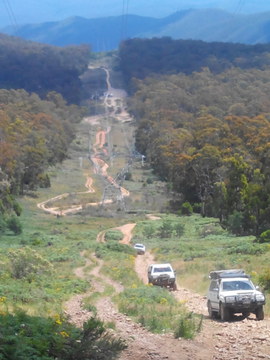 Just 90 minutes from Willowglen and to the West of Canberra, the Brindabella Range offers a remote alpine bush experience with an extensive network of easy and challenging 4WD trails, power line tracks and riverside camping. On a clear day, there are views to Canberra and across the Australian Alps to the South.

The trip began with a quiet dinner at Willowglen. Yet again I marvelled at the efforts of all those involved in taking care of our property as I found some ready cut firewood, clean showers and a well organised shed.

I was keen to depart early the next day and the team humoured me by agreeing to an 8.00am start. We passed Bungendore and took the King’s Highway to Queanbeyan. After passing through Canberra and entering the Cotter Road to the South West of the city, we wound up through the hills past the impressive looking Cotter Dam. The road soon changed into a wide, easy fire trail which wound up through the Uriarra State Forrest and we arrived at Piccadilly Circus on the NSW/ACT border at around 1000 meters altitude.

After some spectacular views from the ridgeline, we took the ironically named “Gentle Annie” trail. While not difficult driving, this undulating hilly trail has steep climbs and descents which would quickly prove challenging if wet. We passed through the Flea Creek camping area (where Aaron Moody had somewhat dubiously claimed to have seen a trout in the river during the recce), and headed up onto Webb’s Ridge Trail, which again provided some spectacular views.

The real fun began as we started on the power line track connecting Webb’s Ridge Trail and Two Sticks Road. A number of sections of this track were challenging, with deep ruts, steep climbs and rocky terrain. With advice from the more experienced guys and some team-based track building, we were able to drive a number of challenging trails without any vehicle damage or incidents. I was really impressed with the way everyone came together as a team.

After playing on the power line tracks for a few hours, we were ready to head for camp. We turned back to the West, crossing Webb’s Ridge Trail and descending to Lowell’s flat campground. We were all excited to arrive at the camp after a long day, including my OziExplorer, which repeated “you have arrived” about 6 times before Valerie aggressively muted it.

Lowell’s Flat is a great campground. Set beside a flowing river, there’s plenty of open space allowing multiple groups to camp without getting in each other’s way. A swim in the river followed by a nice meal and good company round the fire ended a great day.

The next morning we agreed to depart at the more civilised time of 9.30am. After climbing out of the valley heading east we entered the Folly Fire Trail. I knew as soon as I saw the name of this trail on the map that I needed to attempt it. However, it turned out to be a lesser used, reasonably easy track with some great views. After turning onto the Baldy Range Trail and heading South, we entered another set of fun power line tracks. Craig snatched Ian out of a mud hole, which I suspect Ian drove into on purpose to give us all at least one recovery on the trip. Thanks Ian!

After passing through Uriarra, we exited to the North via Yass and then headed east to home. Near the end of the day, I heard Sue make a comment to the effect of: “I feel like we have done some real 4 wheel driving today”. Mission accomplished.